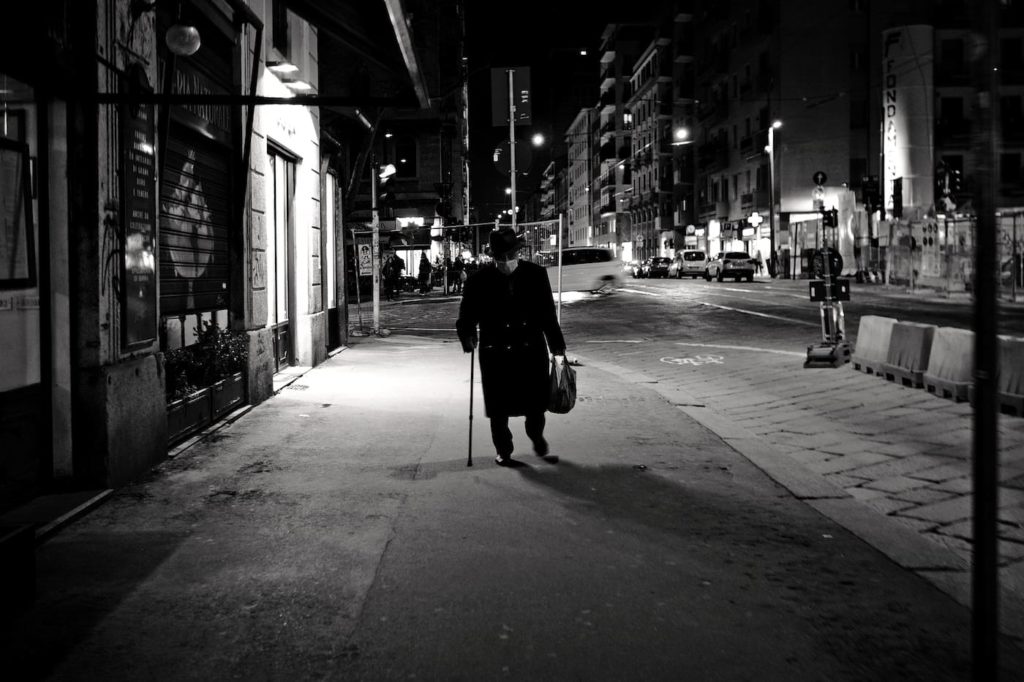 “This series of black and white frames is a simple documentation of a visual testimony of this exceptional period in contemporary history.

I started shooting what started happening in Milan on February 24th. At the beginning of the project, I was able to shoot more freely. Then, following the decree law in early March, I limited myself to recording the increasingly empty metropolis when I was able to leave my residence.
My photo project, temporarily called “Winter Midsummer”, is a work in progress, a sort of daily diary that adds images and stories to a human mosaic in continuous evolution. What dominates this project is an almost deafening and unreal silence, something my black and whites capture very well.
I decided not to publish anything related to this (the only exception being a frame given to the Bosnian press agency FENA), instead I chose to share my visual sketches privately, just with friends and acquaintances. I like to think that this decision was dictated more by philosophy rather than morality.
Thanks to my friend and BBC producer Steve Coleman, news of the project spread abroad during the popular “Tony Snell Breakfast Show”. There, I was able to talk about my experience of being an (almost) inmate in my hometown during this pandemic.”

Use the search box to find the product you are looking for.

No products in the cart.